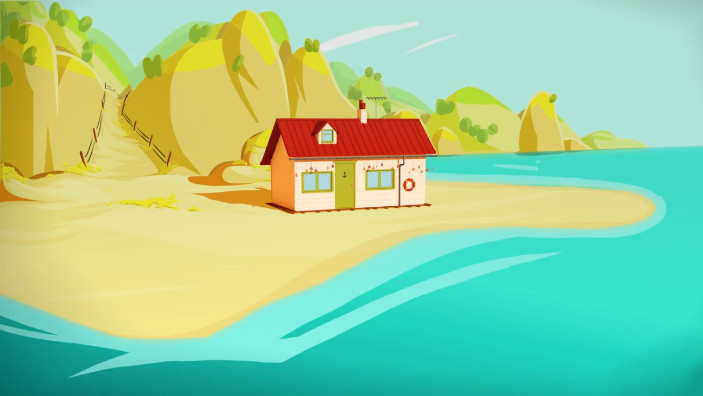 Coming from French school Supinfocom, this short produced by Fanny Lambert is focused on surprise, humor and surrealism.

One main character situated in a seaside location faces an external conflict that escalates continuously. Using a stylized aesthetic, wider shots initially establish the action, with tighter shots coupled with faster editing and complementary music employed to heighten the pace and tension as the short progresses. Sound plays an essential role in helping build conflict. The staging transitions from realistic to non-realistic as the film introduces surrealist elements into the diegetic world.

The great creativity of the script is worth noting, as well as the emphasis on humor and surprise. It’s one of those cases in which the story could take a détour at any given moment, while keeping an alternative logic internal to the film, in the tradition of Spanish filmmaker Luis Buñuel. The short keeps surprising to the very end.