Alex Roman on the making of The Third & The Seventh, ‘From Bits To The Lens’ book

You mentioned Junichiro Tanizaki (“In Praise of Shadows”) as an aesthetic influence. Tell us a bit more about the subject.

Yes, Tanizaki was a very important influence regarding how I wanted to present materials. Most architects I know have this strange obsession with portraying their works as completely spotless and unblemished on the first day of inauguration and presentation. In my view this is a complete mistake. In its first month, the building already starts showing traces of time. In the Eastern world this is conceived as something natural and part of architecture itself. Architecture (and the materials with which it is built) are, in some way or another, part of nature and vice versa. I think we should start to assume this in the West, to understand this fact and discover the beauty of passage of time.

On the other hand, I was particularly interested in portraying nature in the most realistic way possible and in representing it as another character of the piece that lives, breathes and it’s there, present when time passes, the wind flows, light changes, etc. I find very interesting the communion and symbiosis that can exist between nature in its wild state and the constructions built by human beings.

What did you feel when you saw the massive response from the public, after dedicating so much effort to your film? 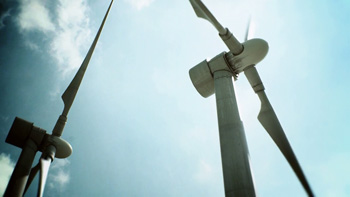 I didn’t expect it at all and my first reaction after a couple of months of publishing it was a feeling of vertigo. Vertigo and disorientation because I expected it to have a certain impact in the architectural field, but the strongest reaction came from the cinematographic and advertising audience. This gave my career a whole new direction and an infinite number of possibilities opened up at that moment. Reactions occasionally come from where you least expect them, so in some way that was a real turning point in my professional career.

Which elements from Spanish culture do you find in the short?

There are without a doubt elements from my culture in the piece such as the work of Rafael Moneo (“Auditori en Barcelona”), a de-contextualized version of the “Elogio del Horizonte” by Chillida and Mies Van der Rohe’s “German Pavilion”, which is located in Barcelona (among others). In my opinion, though, art has no nationality and I have strived to portray it that way in my work.

Which autobiographical elements do you see?

I did not intend to include any consciously, but it’s a work of art that is absolutely personal. It was my 100% internal escape valve, artistically speaking, since it was the first time for such a project that I had the chance of not having a final client. I think there’s a lot of me in it, or rather everything of me in it. It’s the biggest case of self-spoiling I’ve done in my life.

You stepped from painting to 3D and now you’re editing a book. What motivated you to publish a book based on TT&TS? 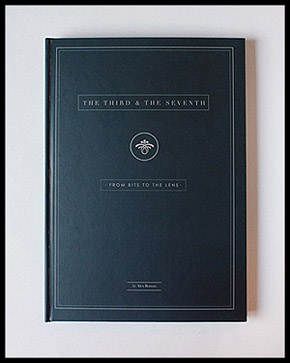 Yes, that’s certainly a peculiar progression. The original idea was to make a compilation of the most significant images that compose “TT&TS” for creating a work that was purely visual; something like a photo book. I was at the same time receiving offers regularly via email from people who were interested in masterclasses or tutorials about my work. So it was a natural decision to combine both.

I’ve always believed that tutorials focusing on a concrete scene are extremely useful for any artist who wants to learn the tools and the technical process. But I think the creative process is seldom taught and that void called my attention. I thus started compiling and re-rendering the images from the short, and at the same time writing the ideas and artistic concepts behind the creation process of “TT&TS”. And also behind my daily workflow in what amounts to CGI production, dividing it into logical sections according to the creation process itself (modeling, materials, lighting, etc.). Once I had all the graphic material ready, I saw it as a logical step to combine it with the text, which at times is profoundly theoretical and at times completely technical. 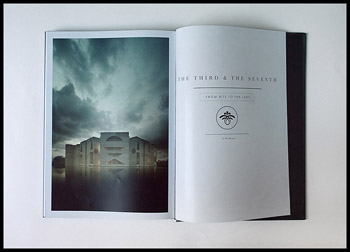 So the book mixes your background of traditional arts’ principles with CG.

Yes, people are going to find a strong emphasis on artistic principles as well as an important part dedicated to CG techniques. The idea is to have a book that can be useful both as a resource for strong traditional arts theory as well as a reference book, combined with a great collection of over 120 high resolution CG images. It is not a step-by-step tutorial book, though. It intends to deal with much more essential concepts that in my view are lacking in the way digital artists are trained these days, and that’s what I wanted to address.

The book will be available for purchase online soon (during this month, September). The number of printed books will be limited to the number of people who purchase it during the two month pre-order period. They will start shipping after the pre-order period is over (in the order in which they were purchased). The intention is to print only as many books as ordered, so it’s unlikely that any books will remain after the pre-order period has finished. So if someone wants to get a copy it’s important that this person orders it within that time.

What’s next for the future?

At this time I’m in the middle of working on a series of short pieces which could be seen as trailers (3 or 4 pieces). I hope they’ll turn into short films (or feature ones!) once I find financing. In fact, the income from book sales will be destined to financing part of a short film that should have a duration of around 10-15mins.

In this part of my life I feel much more interested in the real image than pure CG: the possibility of designing sets, lighting, camera compositions and directing actors in the real world is a new and enjoyable process for me, as well as being able to compare difficulties and similarities with the virtual world.

Though I can’t reveal the idea of the script or its title at this time, I can confirm that it’s full of 3D elements. And it’s in these kinds of examples in which I feel most comfortable working with 3D: synthetic elements that help and support a story, but at the same time, have the goal of integrating themselves 100% with the real image.

We would like to thank Alex Roman / Jorge Seva for sharing with us and for shedding light on the creation process of The Third & The Seventh. We are already eagerly waiting to see his next finished masterpiece.

The Third & The Seventh – From Bits To The Lens book (note: currently unavailable, we’ll update the information here when it becomes available again)
The latest news from Alex Roman can be found on Twitter.

All images provided courtesy of Alex Roman. (c) 2009-2013 Alex Roman. No images may be used without express written permission from its author.