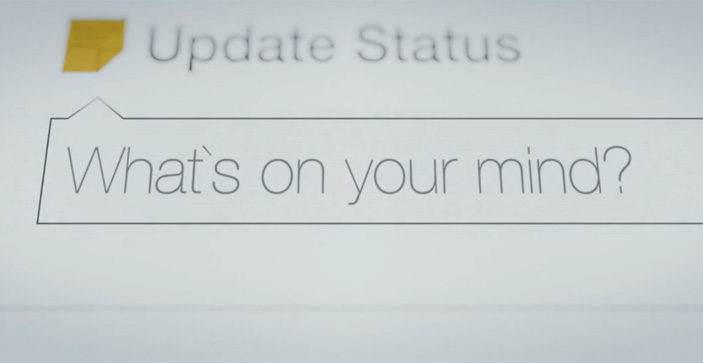 What’s On Your Mind?

"A film about the contrast between real life and what people share on social media."

Focusing on character development and in showing the contrasts between the main character’s real life and how he presents it online (i.e. staging and performance), the short uses economical narration, pans and editing to build relationships between elements and show their contrasts, as well as to produce comedic effects, and close-up shots to transmit the character’s emotions and deteriorating situation.

As is the case with the film iDiots, the issues portrayed are ones that many people can relate to in contemporary society. The idea of social performance, however, that is at the center of the film is merely an extension of common social life and its interactions (boosted by the fragmentary quality of content in social media, which allows for more artificial staging of façades). It must be stated though that the energy spent on building these façades varies greatly among different cultures, as does the difficulty people may have in openly expressing (or listening to other people’s) feelings or hardships.

The elements of humor as well as the great performance by actor Espen Alknes are worth mentioning, as they help a lot in building the contrasts and comedy in the film.

Recommended reading: The Presentation of Self in Everyday Life by Erving Goffman