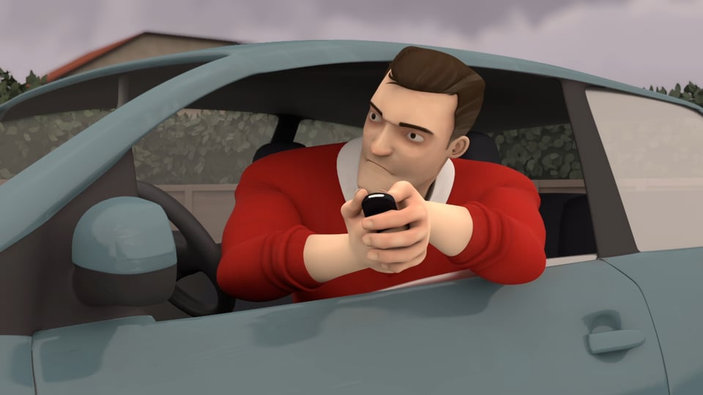 Open Up is a short film about a man who faces unusual difficulties to park his car inside a garage. One character, an external conflict, a focus on a rebellious object and non-realistic staging are the ingredients of this highly creative short made by Justine Viel, as part of her studies at French school MOPA.

A common urban situation is transformed into comedy through surprise and foiled expectations. The choice of non-realistic staging allows the artist to play with various alternatives to create comedic situations. The ‘elevator’ sequence is especially worth noting due to its creativity and to raising staging to the realm of the impossible. Also worth noting is the way sound is used to complement the image, bringing materiality to the door, marking the repetitive clicking of the character and subsequent reaction, and adding other elements of humor and playfulness to the film.

Open Up employs mostly static cameras, with the exception of two camera moves (inside the elevator). Visual rhythm is handled mostly through editing and motion within the frame.